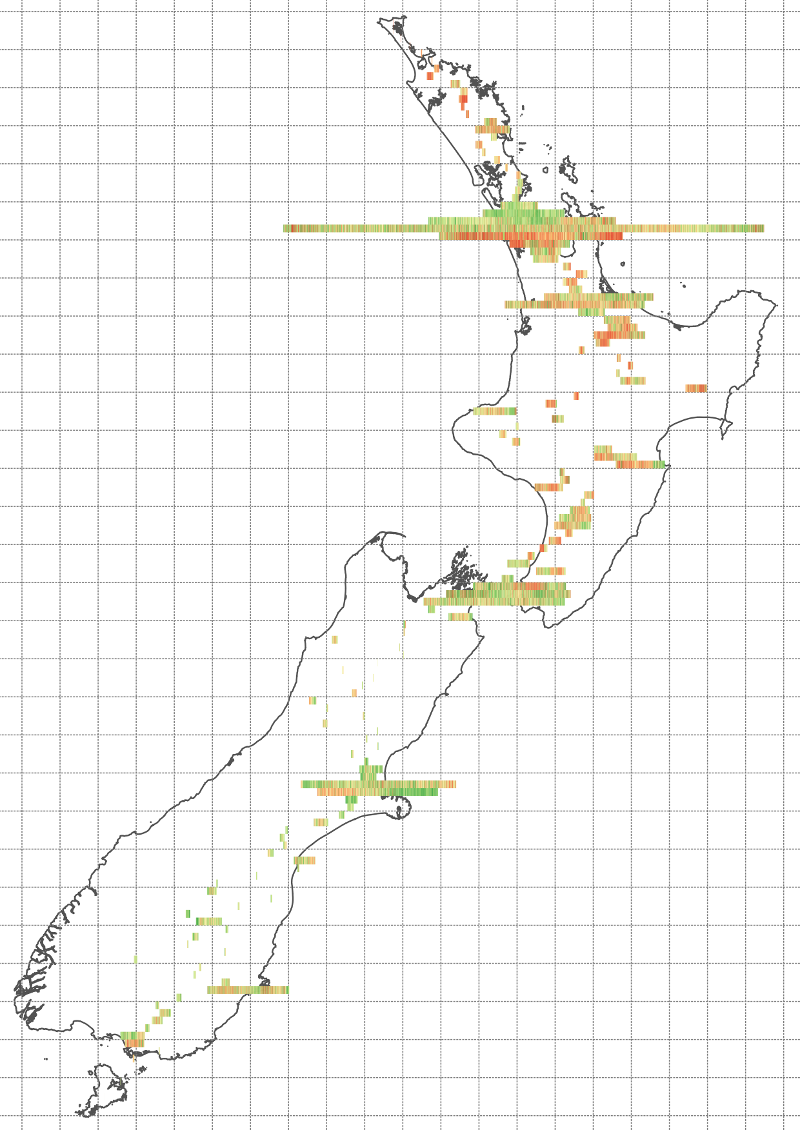 My last map visualised the NZ deprivation index by meshblock. It provided a quick regional overview of deprivation however it obscures the effects of population density. This week I wanted to explore different ways to present the NZ meshblock dataset that emphasises population distribution over geographic location.

Each 'row' above contains all meshblocks quantized in to 10km bands (north/south) with a width of 1 metre for each 'population resident'. The grid is 50km square, so a band that is one square wide represents 50,000 people, and a full grid square would represent 250,000 people.

This is an interesting way to arrange the meshblock set. It works reasonably well for New Zealand where the country is roughly north/south aligned, giving an idea of how the population is distributed and retaining useful reference points for comparison. The blocks are a bit small, a problem that is difficult to fix given the uneven population distribution.

You can explore and download the modified meshblock layer I created for this map here: