This graphic of Queenstown (New Zealand) uses a nice technique to show the incline of town streets. This is a great way to make a pedestrian-friendly transport map.

This map of the relationship between where people live and work in Engliand shows the magnetic pull that the city of London has on English commuters. The same representation should be relatively easy to create using New Zealand data from the 2013 census.

A few people think that there might be moose in Fiordland's remote and hilly back country. Auckland GIS student Alex Corkin goes hunting for for the elusive creatures using various data sources to determine the best location for CCTV cameras. 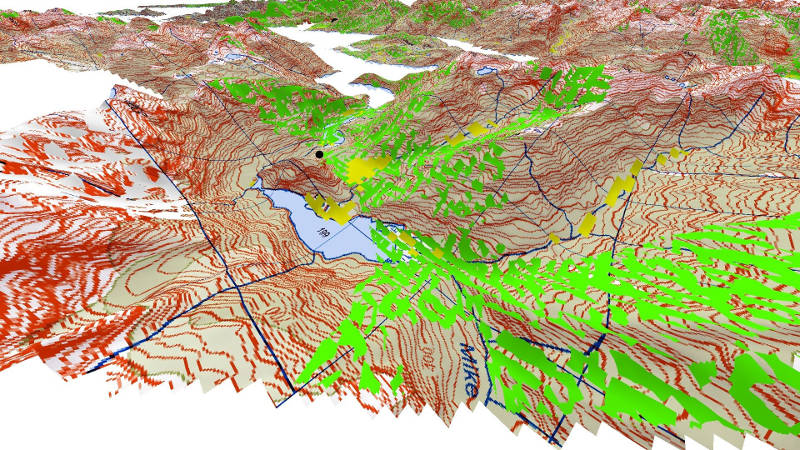